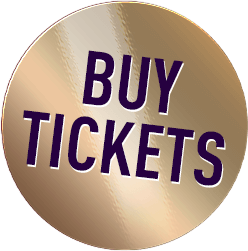 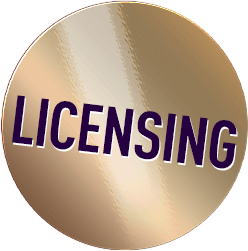 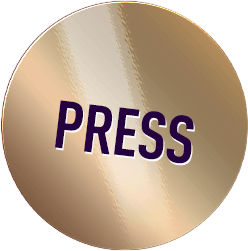 The True Story
When Craig Ryder returned to his childhood home in North Wales and decided to form a local theatre company, he had no idea where it would go – if anyone would even show up. But word got about – as it can in small communities - and attendance wasn’t a problem…

For a close-knit community, a group of interested women arrived with a breath-taking openness: a willingness to take part, join together, share past experiences, and, most significantly, bond together to shape new ones. The result was a whole new experience none of them could have ever imagined.

This enjoyable tale has humble beginnings in a tiny, cold, ramshackle small-town community centre. Once the new local drama group had formed, they set about working together to clean the old community centre up. Sewing machines whirred as new curtains and backcloths were made; the building was gradually transformed. This is when they ladies first got to know each other. A chance for the bossy to take charge and the bossed-about to raise their eyebrows – but most of all, it was a chance to laugh together, to muck in, and for new friendships to take root. Then, the stage was set! Craig was finally able to hold their first ever meeting – a really big deal. However, nerves get the better of everyone – and poor Craig finds himself right in the spotlight - with 13 curious women staring right at him! So Craig decides to pivot the spotlight back on them. Spontaneously, hopefully and desperately – Craig searches for something that might break the ice…asking: ‘What unites women?’ – and boy, does he open the floodgates! The first group meeting basically turns into a group therapy session!! Over the next few weeks, the group open up more and more. At first playing it safe – talking about children, husbands, cooking, the menopause. But, as time went on, the women became increasingly at home. Once broached, sex weighed heavily on the agenda! Craig realised that these ladies had a lot of stuff to get off their chests…

Sometimes stuff they’ve never shared with anyone. Not ever.

A word on these women: our thirteen colourful protagonists! They are all gloriously different. Together they are a rainbow of ages, social classes, humours, tempers, quirks and ambitions. Some are housewives, some professionals. All are a combination of grandmothers, mothers, wives, daughters and sisters – and it unites them. Together they cast a spell on Craig with their rich tapestry of life stories: some tragic, some funny – some were even mundane. It becomes clear that they all have their own reasons for needing to talk. They all need release.

Then Craig tasks them all to write their own personal monologue.

Each woman returns home, endeavouring to undertake what seems to be an impossible homework task. This is a hilarious chapter of this story in itself – the women battle their demons, seek inspiration, and try to find bloody time to do it in the first place!!

Once shared, the monologues cause a riot! They are outrageously honest, searing and unrestrained. These women are not writers, nor are they performers – they have no agenda. As such, they managed to put simple words to complex emotions. Bravely airing their dirty laundry – and Craig was utterly mesmerised, and started to make a plan.

Real Women came into being.

Next, Craig plans to put on a show in the local community centre where the ladies will perform their monologues. But it’s easier said than done: it means having to lay bare their souls in their own small hometown: in front of their husbands, families, friends, enemies and even nosy neighbours…

Worried that nobody will turn up, they agree to sell tickets for a fiver – and throw in a glass of wine to make the £5 charge more palatable!! However, when only 8 tickets sell, spirits sink. Until one hour before the show – when they find a spectacular queue has formed – and all the way round the block an’ all!!

People have literally FLOCKED to see these local women perform their monologues. It’s absolute chaos on the night as people are turned away – and the whole thing goes down a storm. (Even if one woman’s husband did walk out in disgust halfway through her monologue…poor thing!)

After this first show, Craig seeks to satisfy this huge, unexpected demand. One performance is extended to two. Two to three. Three to five – and then Craig plans a tour.

The tour kicks off. Town halls, village squares, Scout huts, local theatres. Every Friday for the next ten weeks. All performances – queues for any returns. All performances – SOLD OUT. Audiences laughed and cried as the extraordinary women bared their souls for the very first time. Sharing their experiences of love, sex, motherhood and more risqué tales of toy boys and sex toys, the show is uniting women of all ages in the normally sleepy Conwy Valley.

Media interest is sparked. Craig and the ladies field interviews with the local Daily Post! The Mail Online! Woman’s Own! And that’s not to mention word of mouth. The Real Women are on the tips of local tongues: from the Post Office queue to playground pickups, from pub tables to Rugby pitch side-lines. Everyone knows somebody in it – or else knows someone else who does! Even if it’s your hairdresser’s mum’s next-door neighbour’s milkman who’s married to one of ‘em - it bloody counts it does! The Whingeing Women have become a local phenomenon.

Following a full house at Conwy Town Hall – The Real Women take on their biggest challenge yet: the Rhyl Pavilion Theatre, with a 1000 seat auditorium. Of course, they fill the theatre – and even end up on ITV Wales news!

Then, when famous theatre producer Bill Kenwright sweeps in and snaps up the rights – the girls think they’ve made it. A run at the Windsor Theatre Royal is planned, and they’re all on cloud nine. They are, that is, until it’s announced that only 4 of the 13 women can perform in Windsor; professional actors will perform the rest of the monologues. Fractures, cracks and conflicts begin to emerge within the group between those who get picked, and those who don’t. The tension between the women was undeniable.

It culminates in the Windsor show – with an awkward bus ride up to London to see ‘the chosen four’ – in their luxurious digs, big dressing rooms, being treated like stars – performing alongside Jenny Seagrove, Sue Holderness and Sara Crowe. Apparently the bus ride home was stonily silent (ouch). The once 13-strong sisterhood is now divided into two groups: those who were chosen and those who were not.

And this is where this amazing story awkwardly fizzled out, until a chance meeting between Craig and old school friend and now theatre producer Mark Puddle resulted in a fresh commitment to resurrect The Real Women. With its original cast and authentic magic, Mark has set about creating one final sensational night that nobody will forget…

On a rainy day this February, Mark made the long journey to Llanrwst to tell the women some news. The West End’s Playhouse Theatre is booked for one last hurrah on 8th May 2016. Needless to say, there were tears and screaming - the ladies are pretty excited!

With its original cast and authentic magic, Mark and Craig created a sensational night that nobody will ever forget. On the 8th of May 2016, Real Women sold out at the Playhouse Theatre in London’s West End! And now they are returning to their homeland, North Wales, with their brand new show Real Women ‘At it again…’ The women have been through lots of experiences over the past year, both harrowing and hilarious! Now, for the first time, they will be performing for one night only at Venue Cymru in Llandudno. Bolder, braver and funnier than ever – don’t miss these ordinary, extraordinary women as they share their innermost secrets with you!

Here is a video of the women finding out the news, which gives a great taster of the ladies themselves:

They dedicate this performance to every grandmother, mother, sister, daughter, friends, wife and girlfriends out there – this one is for you!